Submission to Skepto International Film Festival can be made only through Reelport (www.reelport.com). Submission fee is 8 €, and the deadline is December 19th, 2013. The festival will take place in Cagliari in the first half of April 2014; the exact dates will be published on this website.

There will be also an Environmental Sustainability Special Award, intended for short movies that deal with the stimulating challenge that we have to face in these years: the development of a new cultural, economic and social model, responsible and respectful to our planet.
Maximum length: 20 minutes including credits.
Production date: after January 1st 2010.
Prize: 500 €

Additional awards  or special mentions can be granted for short movies with peculiar features (for example documentaries, animated movies, thematic works) at the jury’s full discretion. 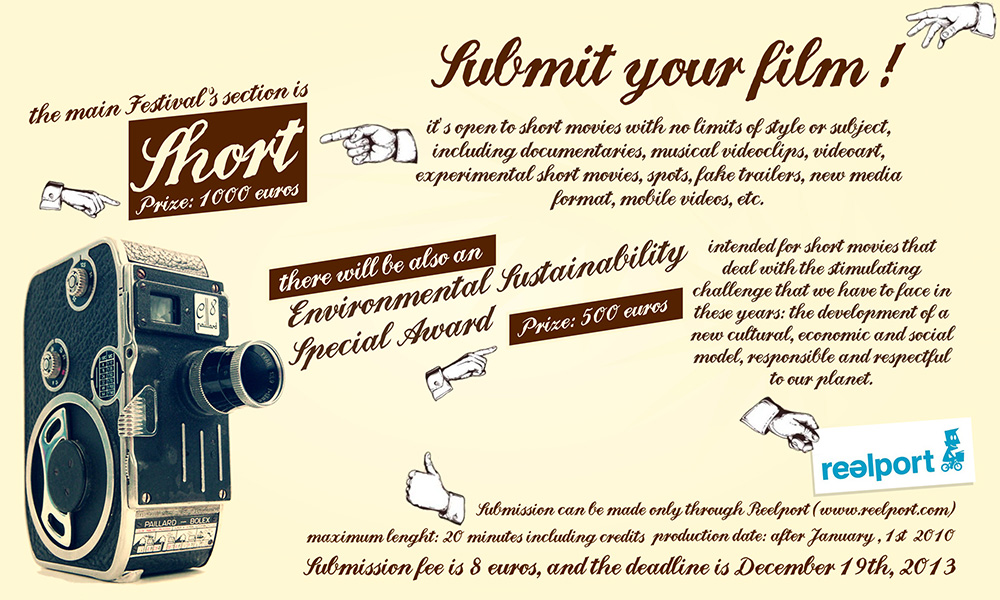